What a year 2015 has been!!!  So many exciting things have taken place in running and life in general. 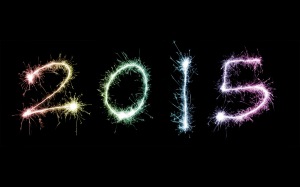 I hope you have spent some time to reflect on the successes and lack of successes that 2015 has brought to you.  Note how I did not say failures.  I think that knocking things down to a failure is not the most effective way to deal with things.  Instead you had a lack of success with a certain goal or scenario… but why?  And what can you do to be better this year?

In an objective manner I hit ZERO of my quantitative goals for running in 2015.  But I got closer… and that is what matters.

2015 definitely brought some break throughs in my running.  I ran the Boston Marathon and was the first Canadian female CITIZEN (*there was a Canadian resident ahead of me) and hit my silver (B) goal of breaking 2:50 by 1 SECOND… literally 2:49:59 crazy!!

While training for Boston I also fund raised money for the Alzheimer’s Society.  I had never used my running as a means to raise money for a cause I believe and I was completely overwhelmed by the response I received I set my fundraising goal initially at $2000 and thought that would be a feat to achieve… I ended up with a grand total of $9000 putting me as the highest individual fundraiser for the Alzheimer’s Society for 2015!!  Truly amazing.  I blogged about the whole lead up to Boston refer to any of my Road2Boston blogs to read a glimpse.

Fundraising is definitely something I will do again.  It was amazing how it really focused me in on my running and made me feel like I was running for more than just myself, which was very helpful in the 3 degree Celsius and pouring rain weather that was the Boston marathon 2015.  Boston was my second marathon and it was truly a remarkable experience I will not ever forget.

The angels (SPR Angels– the team I train with) and I also completed the Cabot trail relay breaking the previous record by 40MINS!!!  This was so fun to be a part of as I have mentioned before running is a very individual sport and it is one of the things I love about it but every now and then it is fun to work as a team toward a common goal. 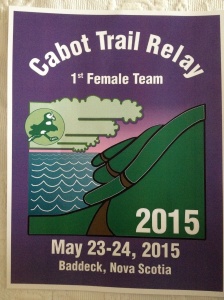 I pushed my spring season, in retrospect a bit further than I should have but you do not know that unless you try.  So I went to Calgary to run the Canadian half marathon championships and had a disappointing race with nothing left in my legs and unfortunately had to end the season on that note.  But you cannot win them all (*and by win I mean do what you planned to do exactly).  If you did that the ones you really nail would not be that special or you are not setting your sights high enough.

I was anxious to get started again and continue to work toward my 2015 goals this past summer.  I was able to safely increase my mileage to 130k with a peak of 140k.  Which is exciting and definitely a contiuing goal for me to increase my mileage.

The fall season had it’s ups and down as they all do.  I was disappointed with my half marathon at STWM but happy to have broken 1:20 for the second time and got a marginal PB. 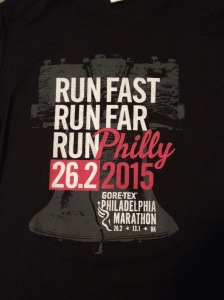 The full in Philly was where I think I really grew as I truly felt like a marathoner.  Although my digestive system could have used the nerves it was exciting to be calm and relaxed before and during a race.  Despite going out hard I was able to hold on and not lose much pace in the second half again achieving a PB but not the PB I was hoping for.  I have said it before and will say it again… I am greedy and want more out of myself so I will keep working towards it.

I also have been training with the Angels now for a year and a half which has been great and I can not say enough about how great the group of women I am lucky to train with are.  Also how wonderful our coach Nicole Stevenson is as well.

The biggest things to come out of this past year for me were feeling like I know what I am doing (*relatively— I know there is always something to be learned especially with endurance sport) in regards to marathons. 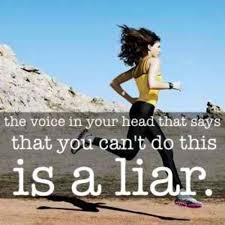 I am excited to continue to work toward my goals and set new ones that will challenge me to be better!!

Some other more career based accomplishments included volunteering for the Pan Am games TO2015 as a medical practitioner… what an amazing experience that was.

I also took the NCCP endurance coaching course and with that began to coach the U of T triathlon group’s Tuesday night run interval workouts.

I have also been lucky enough to continue to talk to various groups in the city about running and how to try to make them better runners!

I hope you have taken the time to reflect on your year as well!!!  Remember it is important to reflect on the good, great and not so good.  It is truly the only way we can grow and be better.  And at the end of the day is that not the goal to be better than you previously were?  No point in comparing yourself to anyone else aside from yourself!! (*I know sometimes I should listen to this a bit more myself)

Other exciting things in 2015 I past the 1 year mark working at The Runner’s Academy check us out if you have not already done so.  I have grow my business and brand as TORunningChiro and plan to continue to do so.

All in all 2015 with it’s ups and downs has been a FANTASTIC year and I cannot wait to see what 2016 has to offer!!!  But remember you create your own opportunity so go out there and get it!! 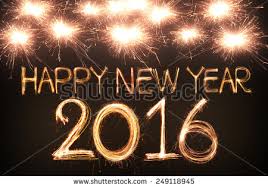 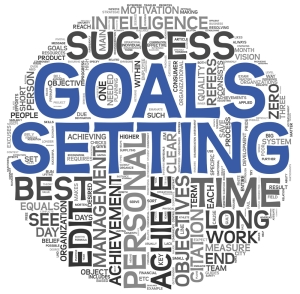